McGrady began searching for the right RFID asset management solution provider. He soon learned that very few vendors offered specialized solutions for landscaping companies. “There were some that could tailor [a solution] to us, but they had never experienced this before,” he recalls. McGrady wanted a solution that was specifically designed for the gardening and landscaping industry, and one that would provide a high level of support. 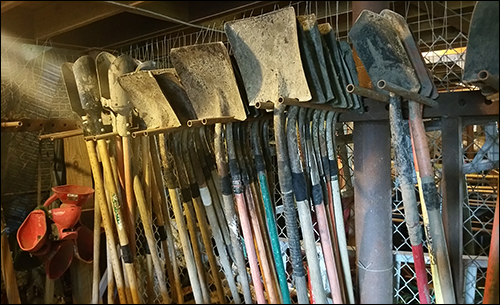 The tools in the office trailer were inventoried within five seconds using RFID.

McGrady narrowed down a field of 10 applicants to Silent Partner Technologies and one other company. Each offered a solution that fitted into EMI’s $35,000 budget for the project, and both made good sales presentations. But SPT, he says, offered to provide more of the support he wanted.

In May 2015, McGrady and the EMI managers selected SPT and its landscape asset management system. SPT then sent a team to EMI to explain how the system would work and to test a variety of passive, ultrahigh frequency RFID tags and adhesives for attachment to the tools.

The team chose to use epoxy resin to attach the tags to some tools and electrical tape for others, based on tests conducted at EMI to determine which is least intrusive when using a particular tool, while remaining in place without damaging that tool. 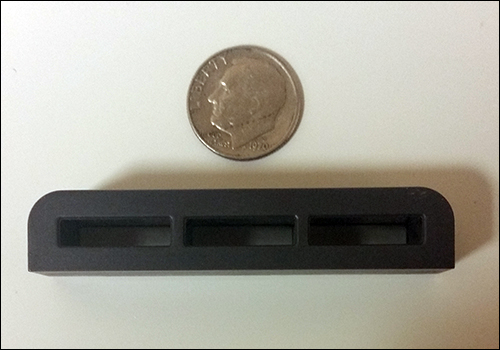 The SPT team stayed in Plain City for three days, after which McGrady placed an order through SPT for approximately 2,000 trailers of all selected types. Before the tags were sent to EMI, the SPT applied a bar code label to each tag and combined this bar code with the tag’s unique identification number to facilitate data entry into the SPT’s Intelliview software.

McGrady and an assistant, shipyard manager Clark Loman, began attaching the signs in June, and they finished the job before the end of EMI’s peak season. To register the tools in the IntelliView application, they scanned the barcodes on the tags with a Datalogic reader attached to a Panasonic Toughbook laptop that entered the tag number. They then added all relevant information such as model number, warranty and calibration date.

McGrady took charge of the training, which continues to this day on Monday morning. He knows that training is critical to the success of the project – and one of the biggest challenges. “In landscaping,” he says, “we have many different people from different walks of life, some of whom have no experience in engineering. He worked after hours to train each of the 21 managers who would be responsible for inventory monitoring at one of the four Convergence Systems Ltd. CS101 UHF Gen 2 RFID handheld readers provided by SPT. “I’m still behind,” says McGrady. “If they have a problem, I have no problem being the last man here. He also prepared laminated reference sheets to help with training.

According to McGrady, his performance efforts have paid off. “I cannot stress enough how important it is to have an internal project manager who is dedicated to the success of the project,” says SPT CEO Ted Kostis.

Now, every morning, before the 80 or so EMI trucks leave, the shipyard manager climbs aboard each vehicle equipped with a portable RFID reader – running SPT’s IntelliView software – and registers all existing inventory. “We’ve set ourselves something that would take hours to do, if you could do it at all,” explains Kostis, “to the nearest second and with 100 percent accuracy. 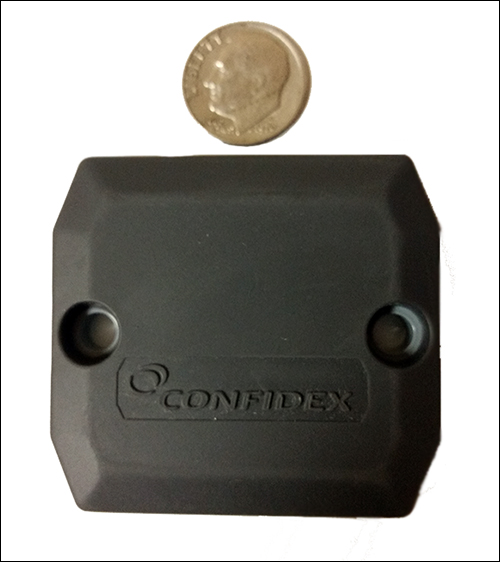 After returning from the construction site, the person responsible for closing quickly registers the tags on each truck with a handheld reader. “As the tags are read, they disappear from the screen,” explains Kostis. “What has not disappeared from the screen is the object that is missing.” The team also takes regular inventories in the company’s warehouse, although not as frequently as before.

McGrady figures the RFID asset-management solution paid for itself within just over the three months originally projected. His estimate is based on the savings from not having to replace missing tools, as well as a reduction in the man-hours required to conduct inventory.

These days, McGrady can identify missing items on the day they are lost. Often, finding them is as simple as tracking them down their last known locations. Occasionally, missing items have been stolen from a job site. In such cases, the asset-management solution enables crew chiefs to identify which items have been pilfered before they even leave the scene. That makes it easy for McGrady to identify them for police and the pawn shops with which he has established relationships. “As long as we can identify it,” he says, “then we get it back.”

EMI is considering adding SPT’s GPS-enabled fleet-tracking hardware and software solution to the mix, to enable managers to keep tabs on the whereabouts of their trucks at all times. For now, though, the asset-management solution is more than earning its keep, and is helping the company to grow by making operations more efficient.